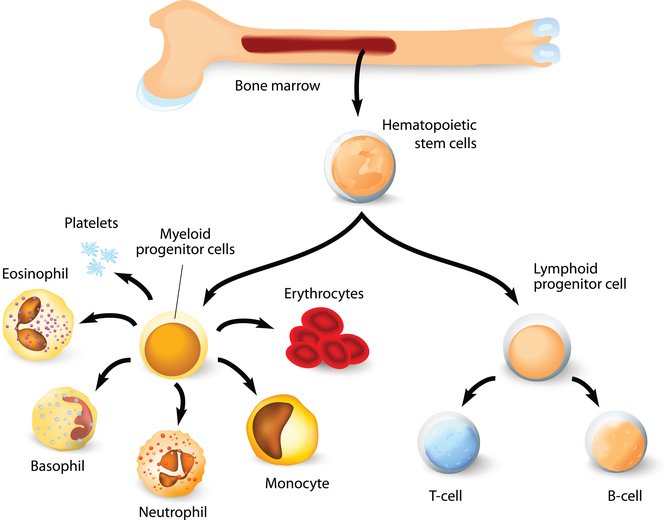 Peripheral stem cells are usually taken from peripheral blood after stimulation by granulocyte colony-stimulating factors.
During such stimulation one can sometimes experience bone pain or a low temperature, these are normal side effects that nevertheless must be reported.
The collection procedure is called apheresis; it can be carried out during a one day admission to hospital and consists in a blood draw from the arm vein or via a venous catheter.
The blood is centrifuged in an equipment capable of separating and gathering together the only stem cells that can be frozen and then transferred back to the patient at the appropriate time.
A variable period (10-15 days) follows the stem cells transfusion; this period is necessary to allow the transplanted stem cells to find their original location, proliferate and build up the normal marrow again.
During this period, called aplasia, the immune defences are impaired and red blood cells or platelet transfusions are often necessary.
After the high dose therapy, one of the expected side effects is mouth and/or intestinal mucosal inflammation (mucositis), which can arise during the low white count period. 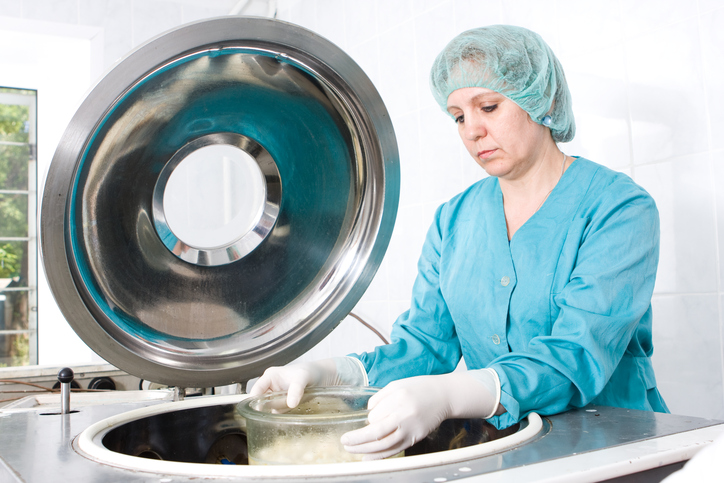 The allogeneic transplant of haematopoietic stem cells consists in the re-infusion, to the patient, of cells from a healthy person after the so-called “conditioning” (a preparation involving intensive chemotherapy and/or radiotherapy).
The preparation to the transplant also includes an immunosuppressive pre-transplant therapy to prevent rejection and a post-transplant therapy to prevent/monitor the reaction of the transplant versus host.
The allogeneic transplant, unlike the autologous one, has also an immunological effect given by the ability of the healthy donator’s immune system to eliminate the receiver’s cancer cells which may potentially still be present in spite of the conditioning therapy.
Such mechanism (positive effect of the allogenic transplant) is known as “Graft Versus Lymphoma”. The allogenic transplant primary complication is represented by an immune response, called “Graft versus Host Disease”, consisting in the eventuality that the donator’s lymphocytes attack the patient’s healthy cells (as these are alien to them).
The allogeneic transplant leads to the loss of “immunological memory” which includes the reduction of the antibody titre (IgG, IgA, IgM) that, in cases of recurrent infections, can be compensated for by the administration of immunoglobulin; the disappearing/reduction of vaccine antibodies (vaccines that must be repeated after the transplant); the reduction of lymphocytes T (CD4) which undergo a periodic dosage in order to be able to take into consideration the interruption of post-transplantation anti-infectious prophylaxis.

What should be done after an allogeneic transplant

The reduction of white cells increases the risk of contracting infections immediately after the transplant.
The necessary lapse of time to allow the white cells and platelets to recover varies between 10 days and 3 weeks from the stem cells re-infusion.
During this period the immune system will be particularly weak and, in order to prevent potential severe infections, or in order to immediately cure them with antibiotics, a period of hospitalisation is usually required.
The hospitalisation for an allogeneic transplant usually lasts for at least four weeks.
The recovery of normal general conditions usually requires an extra couple of weeks.
Immunosuppression, particularly in the case of a graft versus host disease, can be long-lasting and further hospitalisation may be necessarry for the graft therapy and/or because of recurrent infections until the graft has completely regressed and the immune competence has completely recovered.
This period can vary case by case and may also last for several months.

Due to the temporary immune system impairment, some behavioural and hygienical adjustments are necessary after the transplant: