The term chemotherapy indicates a therapy with drugs, which are used to limit the rapid growth of cancer cells and prevent their replication.
A number of drugs are administered together in order to achieve the best result possible and dilute the different toxicities that every drug may have.
Their use usually takes place in several stages with a variable time interval between one cycle and the other in the so called “cycles of combination chemotherapy”.
Chemotherapy is often administered through venous infusion; however there exist a number of drugs which are administered orally and, in some forms of lymphoma, also intrathecally (in the cefalo-rachidian fluid through lumbar puncture).
Should intravenous administration be repeated, physicians may decide to install and use a central venous route (central venous catheter, or CVC), which will remain in place, sometimes for months.
Chemotherapy drugs however are not sufficiently selective against tumour cells and also destroy some healthy cells and, in particular, the elements of the bone marrow from which red blood cells, white blood cells and platelets develop. Among the most important side effects therefore is the possibility of inducing anaemia or a drop in white blood cells, resulting in increased frequency of infections, or even a drop in platelets with potential tendency to bleeding.
Mucous cells (mouth, stomach, genitals) and the hair system cells may too be compromised in their replication (due to the side effects of cytostatic drugs, see the chapter “problems related to treatments”).
In recent years, improvements in the results on lymphomas have been achieved thanks to both the association of monoclonal antibodies to cytostatic chemotherapy cycles, and the testing of new molecules that can either act more selectively on typical metabolic stages of lymphoma cells or can facilitate their aggression by the immune system. 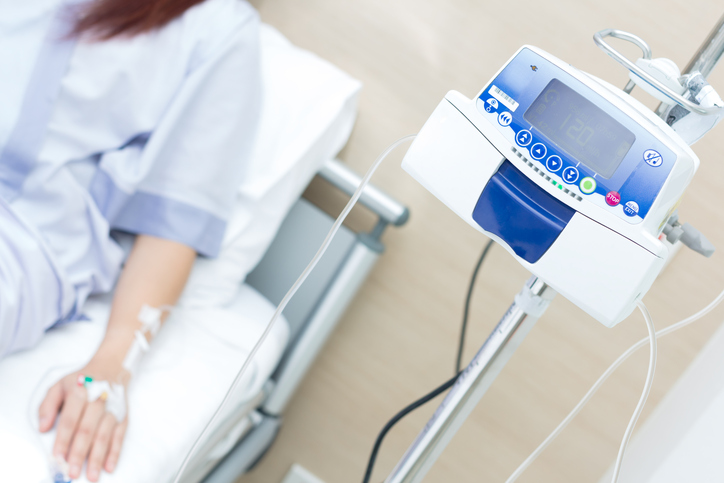 Monoclonal antibodies are antibodies produced in the laboratory that selectively bind to molecules on the cell surface of the lymphocyte subtypes giving rise to lymphoma, such as the CD20 antigen which is expressed by most B-cell lymphomas or the CD30 antigen expressed by Hodgkin’s lymphoma and by a number of T-lymphomas.
Monoclonal antibodies used in therapy against lymphomas thus recognise the substances on the surface of lymphoma cells in a rather selective way.
The bond between the antibody and the lymphoma cell can damage the latter either directly or by increasing their likelihood to be destroyed by the immune system.
Certain antibodies are able to damage the lymphoma cell simply with their bond, whereas others are used to convey venom or a radioactive isotope that selectively penetrate in the cell to destroy it.
The antibodies can be administered alone or in combination with a chemotherapy treatment, according to the type of lymphoma. The dose is administered intravenously.
They usually are well tolerated and can be administered in in-patients or outpatients.
The infusion duration is variable and can be extended in case of side effects.
The infusion is usually preceded by a pre-medication consisting in paracetamol, antihistamines and/or cortisone to prevent potential reactions similar to allergic reactions.

A series of new molecules is used or is coming into existence: such molecules can no longer be classified as cytostatic drugs as they do not act in a generic way on all replicating body cells, but they rather inhibit only some very specific metabolic stages on which the advantage that tumour cells have against healthy cells is based.
In other words, these drugs have a higher selective action, although not yet totally exclusive against lymphoma cells of which they inhibit very specific vital functions.
Each of these drugs, which tend to constitute a new precision “therapy”, will be indicated for very specific subtypes of lymphoma and will find indication alone or in combination with more traditional therapy in specific situations.
The potential side effects may also vary from drug to drug.

Radiotherapy is an important therapy option in the treatment of lymphoma.
Depending on the type of lymphoma and on the different presentations of the illness, this can be used as single treatment or combined with other systemic treatments (chemotherapy, chemo-immunotherapy).
It is a localised and painless treatment acting on precise areas of the body where generally the largest adenopathies are located at the very beginning.
Radiations can be defined as rays with a particular form of energy and are generated by extremely sophisticated equipment called linear accelerators.
Radiations attack the cancer cells in the exact zones where the treatment is necessary, damaging them or killing them completely.
Thanks to major technological progress, modern radiotherapy can precisely administrate the required dose thus sparing the healthy tissues.
Over the years, it has been witnessed that radiated areas of the body were limited as well as the administrated doses thus resulting in a significant decrease of risk of delayed toxicity which was typical of old-generation technology. 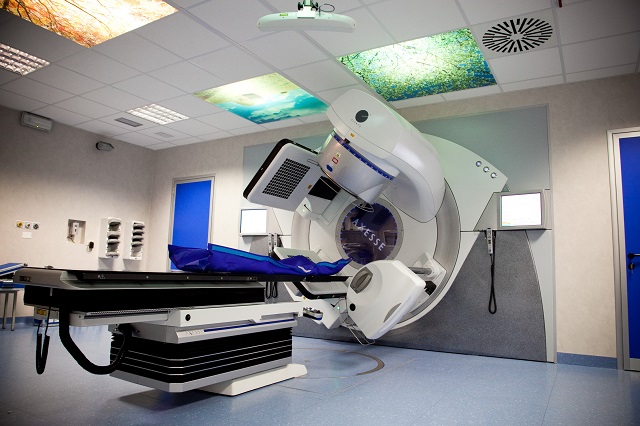 The type of side effect caused by the treatments and its severity change from patient to patient. The side effects are not pleasant, but they are well reversible.
It is essential to communicate to the doctor any upset to control o reduce discomfort. Here there are some common pharmacological methods to reduce the most common side effects of therapies:

Anti-emetic medicines: Medicines useful to control acute and delayed nausea caused by chemotherapy, these are highly tolerable and efficient.

Erythropoietin: It stimulates the production of red blood cells resulting in increased haemoglobin values that may have been reduced by chemotherapy myelotoxicity thus lowering the level of anaemia.

Anti-infectious prophylaxis: These are anti-viral, anti-bacterial or antifungal medicines used in very precise situations in which the risk of developing an infection is considered particularly high.

At present, there are no “alternative” efficient therapies in the treatment of tumours. Some so-called “non-conventional” medicines may represent an aid to mitigate the treatments’ side effects.

It is always essential to inform the general practitioner about any product taken, even if natural, as this could obstruct or cause important side effects when associated to the ongoing therapy